Rust is a rather new and open source programming language designed for speed, safety and concurrency.  It has a variety of other cool features including low-level coding for device drivers, operating systems and being simplistic makes it easy to use and efficient.
Installing Rust on a linux machine is very easy as it comes with a ready-made script but first , a basic linux machine from MVPS.NET , an update and curl are required:

And now, the install itself is running the following command while following the instructions shown:

Select the desired setup method, the first one is default: 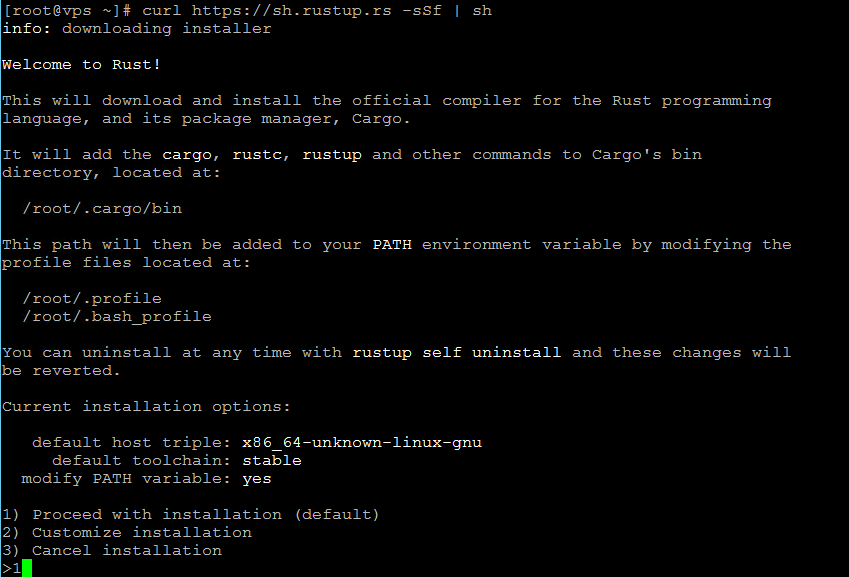 After the installer is finished, additional info is given to the user: 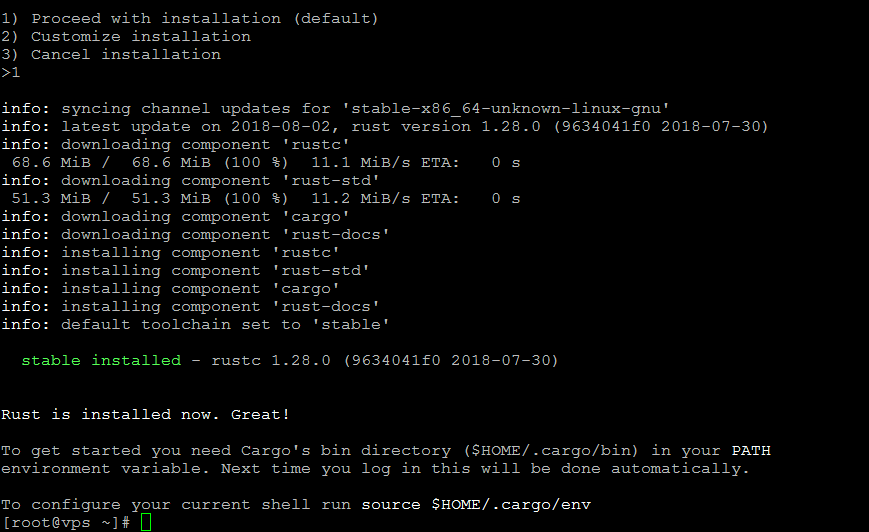 The final step is to logout and the back in. To make sure Rust was installed correctly, insert the following command to check the version:

The result should be similar to this:

A few things to take into consideration:

Rust has a 6 week fast-release schedule so be sure to get and check new builds often. All builds are managed by rustup from beta to nightly and so forth so be sure to check it out.

The official page has a very well organized documentation complete with usage examples. Make sure to have a look there if you’re new to Rust.

If you’re having issues with the environment path, you can configure it manually by following the documentation guide.