The hierarchy of the file system in Linux 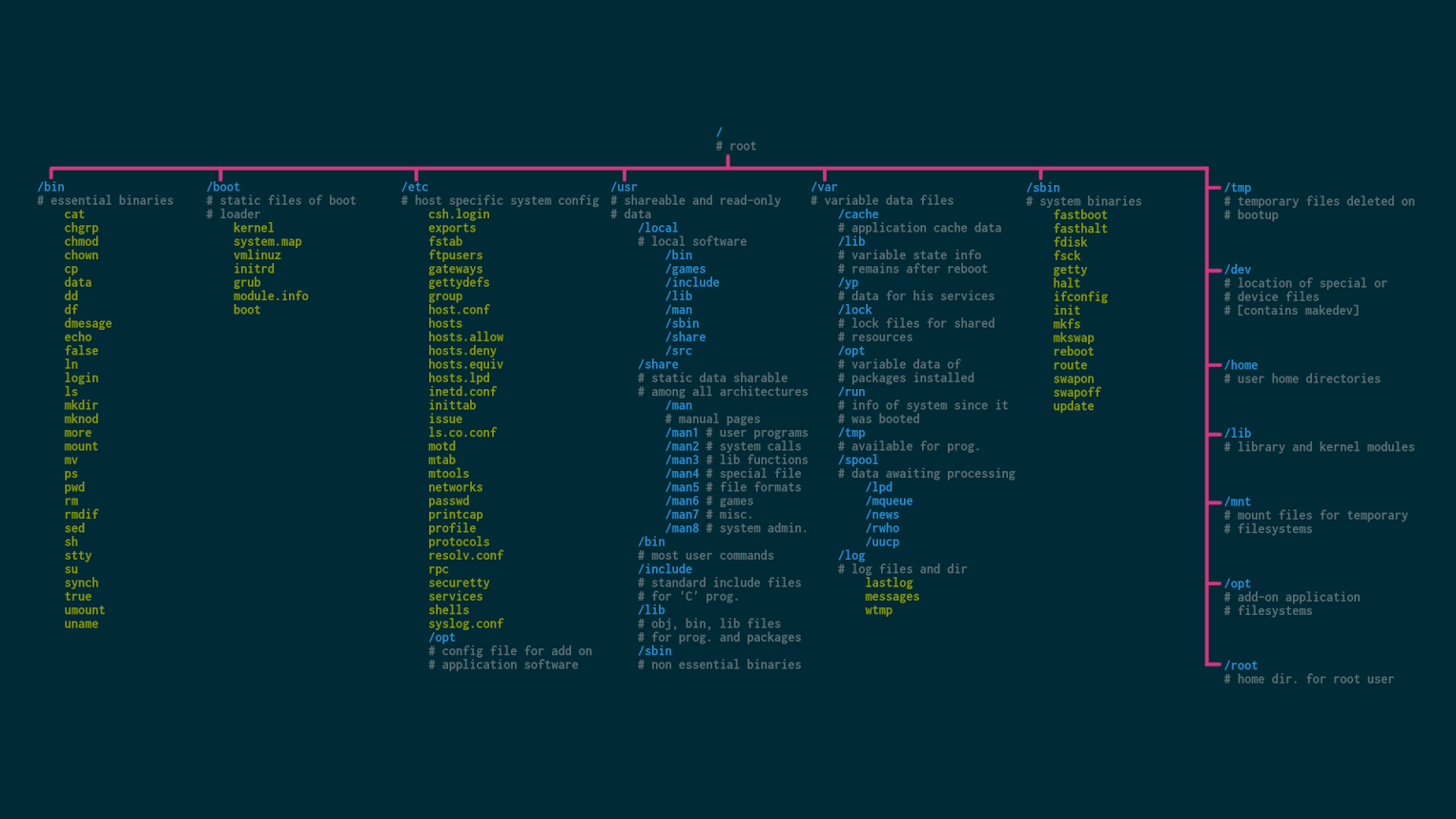 The hierarchy of the file system in Linux

Filesystem Hierarchy Standard (FHS) is a standard that defines the structure of directories and their content in *nix operating systems. The standard is maintained by the Linux Foundation and is currently in version 3.0, announced on June 3, 2015.

So what is the Linux file system schema and what are the directories that can usually be placed on separate partitions? The table below shows the directory structure in Linux according to the latest FSH standard, but also the usual size of a partition if a directory is fit to be placed on a separate partition. The values shown may vary depending on how the system is used, so they can not be taken as officially imposed values.

Some directories should never be placed on separate partitions -/etc, /bin, /sbin, /lib, /dev. These directories contain critical system configuration files or files without which Linux could not work. For example, /etc contains the fstab file that specifies the associated partitions and directories, and /bin contains the mount that allows mount partitions in directories.

Some distributions do not fully maintain the FSH standard and can make some changes in this hierarchy.